This is a text widget, which allows you to add text or HTML to your sidebar. You can use them to display text, links, images, HTML, or a combination of these. Edit them in the Widget section of the Customizer.

The Chair & The King

As a child I used to call chairs like this “peacock chairs”. It was the high curve of the fanned-out backrest that was so eye-catching and left such an indelible impression. With time, however, I learned that this style of chair is known as a Windsor chair or a sackback Windsor. 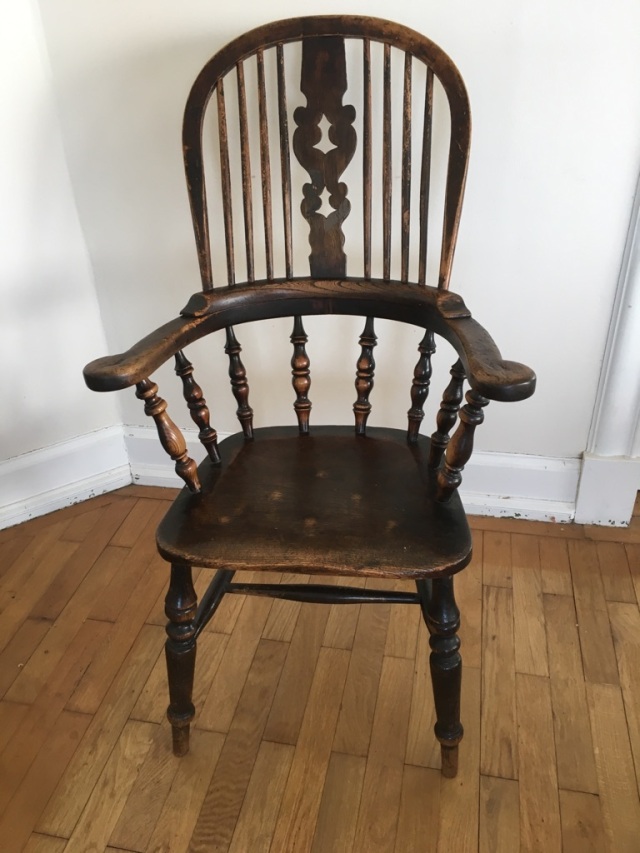 You come across these handsome chairs here, there and everywhere – antique, old or newly manufactured. And all have their own little peculiarities. The style originated in England, where chairs like this have been produced since the 1600s. Some were made in High Wycombe, for example, north-west of Windsor, and it is thought that the name arises from the days when the chairs were transported from Windsor to be sold in London.

Some people, however, prefer to perpetuate the anecdote that credits King George with giving the chairs their name. The story goes that His Majesty was out riding close to Windsor Castle one day when a fierce storm forced him to seek shelter in a little country cottage. There he was offered a welcome seat on a chair so comfortable that it has since become known as the Windsor chair – the king’s very own favourite.

Personally, I see no reason for not believing in both stories.

Windsor chairs have been used as both indoor and outdoor furniture and are today generally regarded as the archetypal English country stick-back chair.

The beautiful old examples often have a seat of elm, armrests of ash or yew, and legs of beech. Sometimes they were painted to better withstand the rigours of a life outdoors. 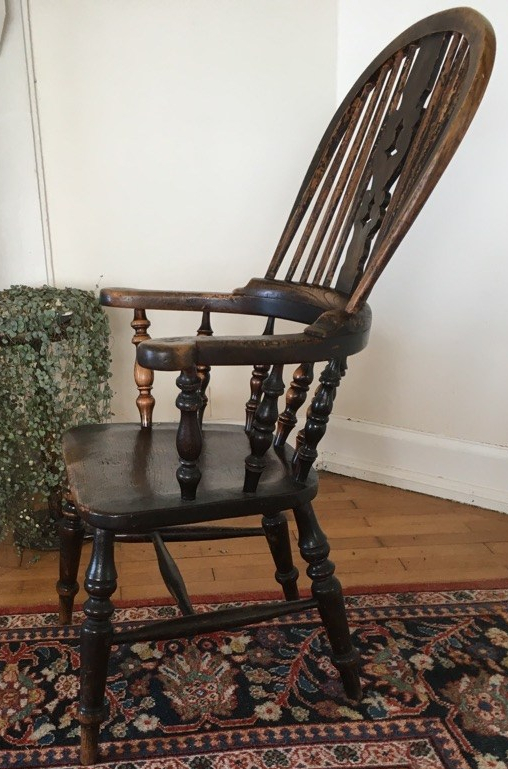 At first glance this chair appears to be two chairs – a carver chair or a smoker chair with a low back, which has then been topped off with a fantastic high back that boasts a carved and pierced wooden splat in the centre. The backrest has a double bow, the lower one extending to form the armrests. Chairmakers knew what they were doing when they chose the wood for their chairs. It’s no coincidence that the legs are often made of beech, as beech is easy to work on a lathe. Yew was chosen for the curved back because yew is tough and flexible. The seat is saddle-shaped and, as you can see, rather thin. It’s comfortable to sit on, however, as its form is dictated by the shape of the human body.

PS. A little way off the beaten track there is a wonderful restaurant in an old farmhouse. The chairs there are Windsor chairs, not particularly old, but homely and functional.

This blog is an extension of the elegant book series by Gun Bjerkander Handberg, ‘Please Be Seated – Historic Chairs and The Tales They Tell. Two books filled with charming tales of inspirational chairs and musings of a four-legged variety.

If you enjoy the blog, both books are now available online and at all decerning bookshops.

Please Be Seated – Historic Chairs and The Tales They Tell